Who are we? Frankort & Koning is an international organisation that trades in fruit and vegetables. But we prefer to describe ourselves as a problem-solver. A matchmaker who links customers and suppliers. That is our shared ambition. It is what we excel in and where we make all the difference. For us, success is something that we share with the growers, suppliers, customers and, of course, our own organisation. We actively contribute to helping our customers and suppliers achieve their goals and be successful. So that we can get the best results together. And naturally, always with the ambition of supplying the highest quality produce as fresh as possible to customers. Greenhouse or field-grown produce or imported fruit and vegetables, the most important aspect is quality.

What really. distinguishes us is that all the different components of our company operate with the same level of commitment and from the perspective of a team mentality. We do this practically, by offering opportunity and expertise. For instance, on the best way to transport, pack or market produce. We facilitate our customers by sharing our knowledge of aspects including labelling, using the correct forms of packaging and palletising. But we also do this by pro-actively approaching the market, sensing and sharing opportunities and offering guidance regarding the best time to market which category of produce. 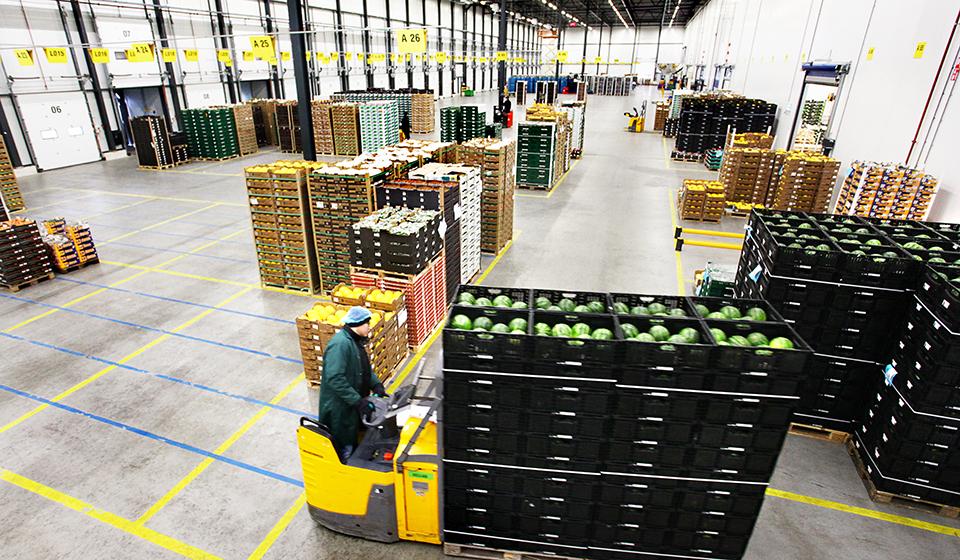 Quality you can rely on

Frankort & Koning supplies the best quality possible. Our experience and long-term relationships with the source mean we stand for the very best produce. Choosing to work with us equates to choosing quality. We are proud to list the various certification that supports our commitment to quality.
Frankort & Koning holds the following certification:

The year is 1985. Martin Frankort and his father were employed as agents. At the time Theo Koning worked together with a partner in the Westland region of South Holland as an exporter Traffic congestion started becoming a complicating factor that made customers in the Ruhr region of Germany increasingly difficult to serve. Both men had a good working relationship and during a weekend spent together at a chalet in Austria the seed of Frankort & Koning was sown. The partnership started enthusiastically, and business was soon booming.

Venlo, the city of “market gardeners” on the banks of the river Maas became the home base of Frankort & Koning. Operating from a warehouse on the auction grounds, growth continued steadily, and these premises soon became too small. In fact, space was so limited that staff had to use the windows sills as desks..... Plans were made with the ZON auction for new business premises and in 1992 Frankort & Koning relocated.

In subsequent years, the traditional customer base, chiefly in the German and Austrian markets, came under rising pressure. The credit risks and other risks increased and the traditional players on the markets were unable to cope with the emerging competition from supermarkets and discounters. For Frankort & Koning this meant identifying and exploring new markets. Via Pacht+Pacht Gmbh, Frankort & Koning was introduced to the discount channel. This signalled the start of further exponential growth.

Service provision to the discount segment required a high degree of flexibility from an organisation, and the services providers involved. Martin Frankort and Theo Koning acquired Van Hooren Pakstation in Groenten, Fruit en Citrus BV and Tricopak BV as a solution to the problem of properly organising packing activities. Warehouse H-10 on the auction grounds was doubled in size and from 1 April 1997 became home to the entire operation. The total surface area at the time was more than 16,000 m2.

The share of the discount segment in the turnover gradually became extremely significant. As foresight is the essence of management, the team in Venlo looked for ways to widen the turnover base. The overall strategy was also revised, and work started on creating a network of traders in Europe. That was a process of trial and error, but Fruitpartner BV and Frankort & Koning Polska are still members of the group dating from that time. Just before Wolf-Dieter Pacht passed away, Pacht+Pacht GmbH also joined the group. This intensified the direct lines with the discount segment.

In 2009 the group saw further expansion in the shape of Imcatex SL in Barcelona. Following participation in a number of start-ups, the present group was formed in around 2011.

At the time Martin Frankort and Theo Koning had long ceased to manage Frankort & Koning. From 2007 the management roles were gradually taken on by Leon van den Hombergh and Paul van de Kruijs, later followed by Erik Bongaerts. However, until the present day the commitment of Martin and Theo to the company is still immense.

Since 2012 Total Produce Plc has joined as a partner of Frankort & Koning.

To further improve the service levels for its customers, the company moved into new premises in early 2016 - just a stone's throw away from the previous address. This move made Frankort & Koning fully future-proof! 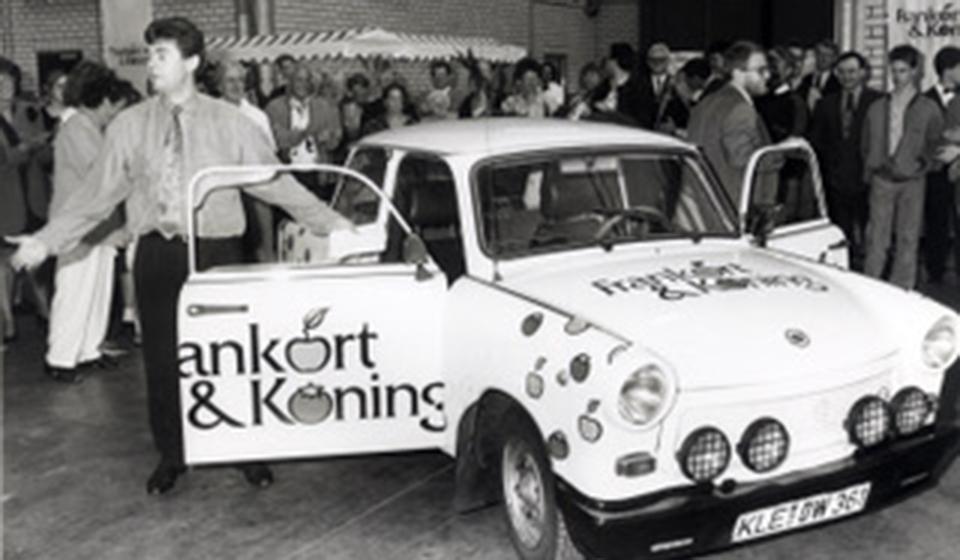